As with all martial arts, Karate was developed as a means of self defence and will invariably involve some physical contact. Within the 'Dojo' (training area) and in competitions, the aim is to create a fully focused attack without making physical contact with your opponent. A great deal of mental and physical control is required to do this properly. The martial aspect is in the fighting effectiveness and defence potential – the art is in knowing exactly when to stop. There are different levels of Kumite in class depending on the grade and objectives of the lesson but typically, the following may include:

As a beginner, kumite will be very basic and will consist of basic punching and kicking with a block and counter to your opponent. As you progress, footwork will involve stepping (3 or 5 step) which end in a counter offensive attack. For senior grades, the formatted stepping is replaced with more fluid footwork and punching techniques, along with foot sweeps, back kicks etc. Building up these basic techniques into an effective, mobile style is achieved with practice over time. 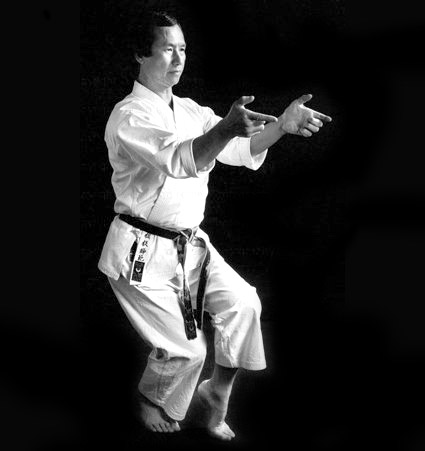 Historically, combat techniques were passed down through word of mouth and often practised without an instructor from memory. Over time, fixed sequences of these techniques developed, and each was given a name of its own. The word Kata means form. When we talk about performing a Kata we are talking about performing one of these 'fixed sequences' comprising specific defence and attacking techniques from imaginary attacking and fighting directions. The first kata you learn is called 'Kihon Kata'.

Some kata are elementary, others advanced, some emphasise speed and breathing, others distance and body movement. Each movement has a specific meaning and only through repetition and an understanding of the kata can it be thoroughly mastered.

Sensei M. Nakayama (Cheif Instructor of the JKA from 1955 until his death in 1987) said of Kata: "Since the Kata contain all of the elements essential for exercising the whole body, they are ideal for that purpose. Practising alone or in a group, anyone can follow this Way, in accordance with his own level of ability and regardless of age."