We woke to a beautiful blue sky, the odd fluffy cloud drifting by. Breakfast was followed by a leisurely morning. Lunch by the sea was pleasant in the midday sun. We were waiting for the rest of the party to arrive before setting off for the first Karate session.

The first we knew that something was wrong was when we met at reception to be taken to the dojo. Chris, Arsene and his dad had arrived as expected. It was then when we learnt that the disturbing events of last night caused more than the loss of Rose. Davis had appeared from nowhere. He had broken the laws of physics and travelled through space and time to Malta. Sensei Roy's exasperation grew. "What the ....". Sensei's frantic attempts to get in contact with Davis the previous night were all in vain as Davis was in a parallel universe. Sensei Dario, practical as usual booked Davis into the hotel before we set off to the dojo. Rose returned and led the troop in a hearty rendition of "Malta!" in the mini bus.

We entered the Libyan compound and made our way in the dark to the dojo. Its welcoming lights a beacon in the night for those craving Karate. Sensei Larsen put us through our paces slowly increasing the pace and intensity of the training. The focus on basics. Hip rotation in front (Zenkutsu Dachi) and back stance (Kokutsu Dachi) formed the core of the first part of the training. The constant repetition of in both stances was agony on the legs. After a short break Sensei Larsen concentrated on stepping forward and back in front stance, with special emphasis on locking. It was here that things took a bizarre turn. Sensei explained how to achieve the proper stance with the use of a credit card. A new Karate term was born. The CCC or the Credit Card Clench (copyright Larsen Sensei). This explanation was greeted with vacant glances from the innocent faces of the children and grimaces from the adults. We are all still haunted by the image. 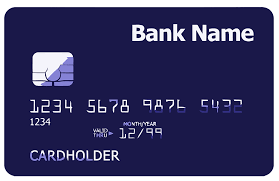 The next session focused on Oi-Zuki and the importance of locking. Visions of the CCC still in our heads. We finished at 9 and returned to the hotel for a quick shower before heading to a restaurant. The food was good but the portions were enormous. Respect to Arsene who was one of the few to finish his steak.