The third day started with everyone meeting in the lobby bleary eyed given the early start. We piled into the minibus and drove to the beautiful Golden Bay beach. It was a lovely day, the sea was bright blue and inviting. Sensei Dario led the training. This was based around the brown belt kata Jion. The training was hard given the resistance offered by the sand. The bunkai (practical application of the techniques) was well suited to the beach, with many moves ending up getting the opponent on the ground. Jacob found himself on the receiving end of many of Sensei Dario's demonstrations. We could tell he was clearly enjoying having his thumbs, wrists and various other joints twisted and wrenched. The obligatory crowd of curious onlookers came and went as the beach got busier. 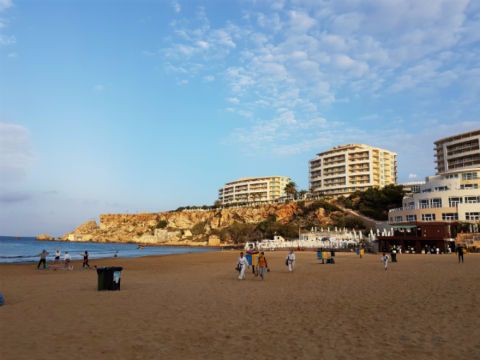 After training, most of us went swimming in the lovely warm waters of the Med. After drying off, we basked in the sunshine around the beach bar. As was now customary, the conversation entered strange territory. It centred around the various ingenious ways criminals have of hiding drugs. Visions of the Credit Card Clench again entered our minds. We climbed the stairs to the restaurant and realised Chris was missing. A familiar weary expression came across Sensei Roy. "Where's Chris got to now?" Luckily he turned up after a couple of minutes having just had a ride on a jet ski. Clearly famished, Davis started immediately tucking into his burger. This was met with a chorus of disapproval. Karate etiquette dictates that everyone waits for the senior Sensei to start first. Davis froze. Burger half in his mouth, his uncertain eyes, flitting from side to side trying to work out what he did wrong. Order restored, we finished and got back to the hotel and then soon back to the dojo. 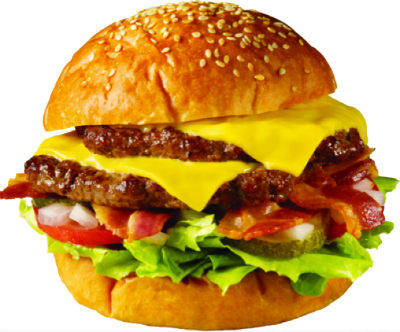 This turned out to be a kumite (fighting) session with Sensei Larsen. It would be fair to say that some enjoyed this more than others. We all soon realised it was better to melt into the background when he was looking for someone to demonstrate with. The main drill was around kizami-zuki (jab punch) followed by gyaku-zuki (reverse punch). Both leading and reacting to the attack. Rose was one of the unfortunate demonstrators. Sensei Larsen punched and kicked Rose pretty much from one end of the hall to the other with Rose trying to block. This was in an attempt to show some of the tactics we should adopt when blocking an attack. We all winced in sympathy as the flurry of kicks and punches landed with dull thuds that reverberated across the hall. Sensei Larsen is not a man to pick a fight with. Things got even more interesting when Sensei Larsen got some students to punch him as hard as they could in the stomach. Needless to say he wasn't particularly impressed. In their defence, it isn't often that someone asks you to do that. You would be apprehensive at the best of times. This is taken to new levels when punching a 7th Dan who can kill you with one punch. The training ended with exhausting exercises including leapfrogging your partner. Some of the older students never thought they still had it in them, though it must be said that Sensei Larsen standing behind you, gave added motivation.

After showers at the hotel, we went to the family house of one of Sensei Dario's students. It was a magical setting with a warm evening and a beautiful garden decorated with fairy lights. The lovely smell of cooking mingled with the wine and beer. The DJ playing tunes from the 80's and 90's much to our joy. Soon there was dancing and karaoke, with some nifty moves from Sandra and Sensei Roy to the sounds of Cameo. The singing was of a high standard although perhaps some of the children could have done with more singing lessons. The children were also having fun occasionally trying to beat each other up with karate strikes. The food was excellent. The highlight of the evening was a rousing Viking song from Sensei Larsen. We finally headed home after thanking the kind and generous hospitality of Nick and his family. Unfortunately, despite the numerous great songs played that night, the only one whizzing round my head in the bus home was the Macarena. 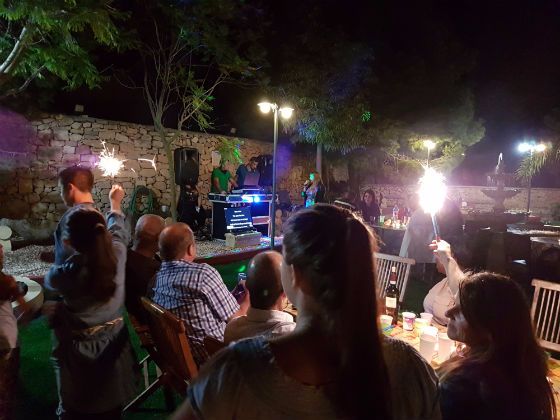